The Gnosis of God 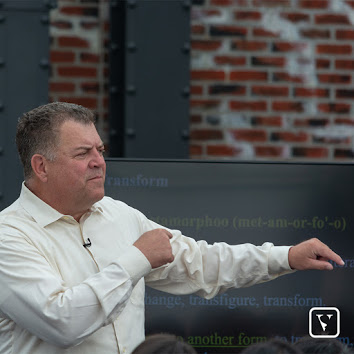 We need to be sensitive to the Holy Spirit. This is a time of faithful prayer and constant communion with the Lord, to intently listen for the Lord’s voice. We are down to days, not even weeks. Right now, the Jews are saying they know who the Messiah is – they’re saying it’s this man who is half Arab and half Jewish. This is who the Bible calls the son of perdition. At the same time, the Jews are preparing to build the third temple right in front of the Wailing Wall. They also have two potential red heifers, which is something that has not been seen since the time of Jesus. It has been prophesied that Elijah or the Messiah would slay the tenth and final red heifer. We need to ask ourselves why they are in such a hurry to build the third temple…Simply put, they want to slay that red heifer, and once that is done, the end is here.

We need to press in to understand the gnosis of God, which is the knowledge of God. We live in a generation where most people are Bible illiterate. What’s scary is that every generation that did not know the Word of God did not stand the test of time. The Early Church were intense in their study habits, especially for new believers. Are we that dedicated? What are we doing with our time? What is our priority? From what we are seeing right now, it’s clear that we are on borrowed time. To the Early Church, conversion did not come by a prayer – it came by having spiritual understanding of the Word.

The Early Church end time eschatology states that the church would be filled with hypocrites, people acting like they’re Christians but are not. The ones who will make it are the ones whose veils are being removed. Hebrews 10:20 tells us that the veil is the flesh. The veil is what prevents many from seeing the truth and blinds them from understanding what the Scripture is really saying. Paul referred to those whose minds are blind in their reading of the Old Testament. How can your mind be blind and what is it blinded by? It’s blinded by the veil. The veil is the flesh, which is the cares of this world. The vast majority are veiled and incapable of understanding what the Old Testament is really saying because the veil is taken away in Christ, through the Holy Spirit (2 Cor. 3:16). The Law is not done away with; it is the veil that is done away with. Paul goes on to say that where the Spirit of the Lord is there is liberty. He is not referring to the freedom to live the way you want. Paul is referring to the freedom from the veil!

God’s Word is being released to set people free, and as veils are removed, we are  in the process of being transformed into the same image (2 Cor. 3:18). The message is about getting these veils off to receive the divine knowledge of His Word which will transform us into a glorified body. In our ministry, we see drug addicts get set free because their veils are being removed. When God reveals Himself through the process of revelation, it has the ability to transform us into His image. What’s possible through the power of the revelation of the Word will never be achieved with things like Christian psychology.

We have a brother here at our ministry who went to a Christian program to help get addicts off the streets. Everyone he knows from that program is either dead, in jail, or strung out on drugs again. Many churches have Christian psychologists and programs, but no one is getting set free. That’s the problem with religion. Religion tells you what you can’t be and that you can’t be perfect, but Scripture tells us, “Be ye perfect just as your Father in heaven is perfect” (Matthew 5:48).

God gave us the Holy Spirit to get us through this process. We should be able to see more in the Spirit, but the problem is we have too much flesh in the way. The more we stay in the flesh, the harder it is to see in the Spirit. Paul said that the ones who are spiritually dead are those who are veiled. Many choose not to believe and are blinded by the god of this age. These are people in the church, not in the world. It’s the church that is blinded to the Word and cannot see what the Spirit of God is saying to reveal it to others.

There is a fight against the demonic strongholds that try to exalt themselves above the gnosis of God. Next time you hear someone say that you don’t need knowledge just tell them, “Get behind me Satan!” There are those in the church who think you don’t need knowledge but Paul said that our inner man is renewed by knowledge (Col. 3 :10). The truth is that without revelation, we are spiritually dead and lost and will perish without this knowledge (Hos. 4:6). The sinner’s prayer isn’t going to cut it and ignorance is not an excuse to God. We need to stop playing church and step into what we’ve been called to do, which is to be the police and special forces of the spirit realm. The only way we can be saved and transformed into that coming glory is with an unveiled face. Amen.